CLIMATE INJUSTICE AND WOMEN: THE INTERSECTION 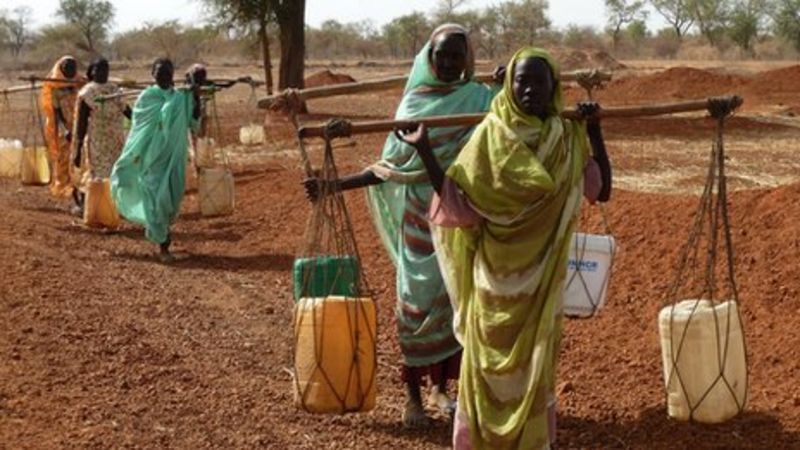 Climate change is a planetary phenomenon that will impact all countries, but its effects are being shaped by pervasive and entrenched gender inequality. Women and men are experiencing climate change differently, as gender inequalities persist around the world, affecting the ability of individuals and communities to adapt. Climate change generally impacts all members of society but women are more affected because of preexisting gender inequality issues.

70% of the 1.3 billion people living in conditions of poverty are women. In urban areas, 40 per cent of the poorest households are headed by women. Women predominate in the world’s food production (50-80 per cent), but they own less than 10 per cent of the land.  That means women are more likely to live in poverty than men, have less access to basic human rights like the ability to freely move and acquire land, and face systematic violence that escalates during periods of instability. Women are often responsible for gathering and producing food, collecting water and sourcing fuel for heating and cooking. Women have limited access to and control of environmental goods and services; they have negligible participation in decision-making, and are not involved in the distribution of environment management benefits. Consequently, women are less able to confront climate change (Elasha, 2019).

“Gender inequality hampers women’s capacity and potential to be actors of climate action. These gender inequalities — access to and control over resources, access to education and information, and equal rights and access to decision-making processes — define what women and men can do and cannot do in a particular context of climate change,” she added.Despite women being disproportionately affected by climate change, they play a crucial role in climate change adaptation and mitigation. Women have the knowledge and understanding of what is needed to adapt to changing environmental conditions and to come up with practical solutions.

EFFECTS OF CLIMATE CHANGE ON WOMEN

Climate change is making it harder to manage household responsibilities like cooking, cleaning, gathering resources, and caring for children. This is especially felt in remote rural communities.

During extreme weather such as droughts and floods, women tend to work more to secure household livelihoods. When droughts and extreme temperatures dry up sources of water, women have to travel longer distances to collect water for cooking, cleaning, and managing gardens. This will leave less time for women to access training and education, develop skills or earn income.

These issues are even more pronounced on the African continent due to poor level of social-economic development on the continent. In spite of these challenges, The African Activist for Climate Justice (AACJ) Project has begun to address climate injustice in Nigeria particularly as it affects women. The project is being implemented in Burkina Faso, Kenya, Ethiopia, Mozambique, Nigeria, Senegal, Somalia and South Africa. The goal of AACJ is to amplify and unite the voices in Africa demanding that women, youth and local and indigenous communities in Burkina Faso, Ethiopia, Kenya, Mozambique, Nigeria, Senegal, Somalia and South Africa can defend and realize their human rights and live a decent and dignified life in a healthy and sustainable environment, within the context of the climate emergency. More so, we are on track to achieve some form of climate justice in Africa.