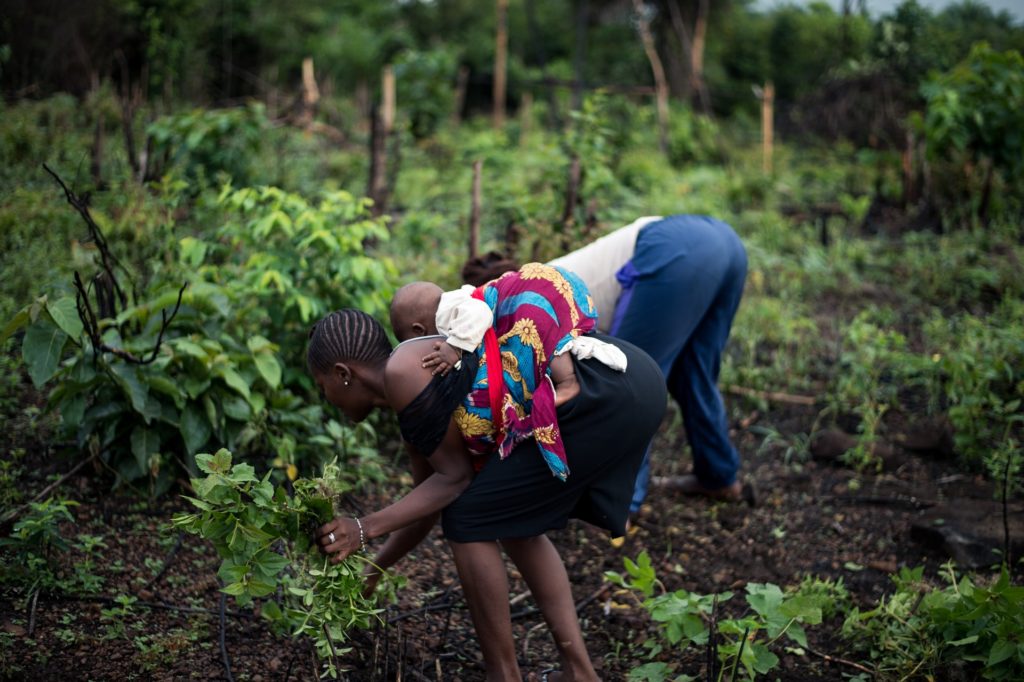 Nigeria and seven other countries which include Burkina Faso, Ethiopia, Kenya, Mozambique, Senegal, Somalia and South Africa are currently participating in the implementation of the African Activists for Climate Justice  (AACJ) project.

Funded by the Dutch Ministry of Foreign Affairs (FoFA) and implemented by five consortium members which include, Pan-African Climate Justice Alliance (PACJA) as lead, OXFAM, Africa Youth Commission (AYC), FEMNET and Natural Justice, the project which is aimed at amplifying and uniting voices in Africa that are demanding for the rights and inclusion of women, youth and local communities in their respective countries.

It also focuses on empowering these communities to defend and realize their human rights and live a decent and dignified life in a healthy and sustainable environment, within the context of the climate emergencies. Moreover, the project cardinal objective is to build a strong and inclusive African movement that mobilizes citizens, companies and governments to advance climate justice.

Global Initiative for Food Security and Ecosystem Preservation (GIFSEP) with the support of other stakeholders has been on course with the implementation of the project in Nasarawa State, (North Central). GIFSEP is a non-profit organization founded on the ideals of environment education, climate change adaptation and mitigation, renewable energy and sustainable development. Its mission is to mobilize communities to build resilience to a changing climate, to conserve and protect

The implementers seek to achieve this by strengthening climate movements which are driven by women and youth that are connected with global movements, developing and spreading African climate justice narratives, empowering communities to claim and defend their social and environmental rights.

They are equally working on scoping and scaling community-based best practices that strengthened adaptive capacities of climate frontline communities as well as increasing political will of decision-makers   both at the national and international level to support policy drive in this regard.

Looking at Nigeria’s inclusion in this laudable project in retrospect, it is pertinent to note that the West African nation was among the earliest few countries in the continent to put together a gender action plan, known as “Nigeria’s National Action Plan on Gender and Climate Change”, shortly after the action adopted by the United Nations Framework Convention on Climate Change (UNFCCC) in 2017. It is a roadmap for the government and private sector to integrate citizens’ knowledge, experience, needs and concerns in national climate change initiatives.

Notably, Africa is reportedly responsible for 2-3 percent of the world carbon emissions and Nigeria is rated as one the top six greenhouse gas emitters on the continent. This has however, underscores the need for the country’s climate leadership in Africa.

Meanwhile, young people and women in Nigeria are increasingly getting more involved in taking climate actions with a view to mitigating its impact. The country has in recent times, witnessed extreme weather conditions such as increases in temperature, unpredictable rainfall, land degradation, rises in sea level, erosion and flooding in the southern region, and drought and desertification encroaching in the northern region, which have been attributed to climate change by the Nigeria Meteorological Agency (NiMet).

Consequently, the agricultural sector which accounts for about 23 percent of Nigeria’s Gross Domestic Product (GDP), is the worst hit and therefore poses grave threat  to food security and socio-economic development in the country.

While speaking at the maiden AACJ Sensitization Workshop held in Lafia, the Nasarawa State capital, the Executive Director of GIFSEP, Mr. David Michael Terungwa observed that climate change is affecting agriculture due to the issue of shortage of water and unpredictability of rainfall, adding that it is therefore imperative for farmers to build resilience.

Mr. Terungwa said the workshop is aimed at bringing Civil Society Organisations (CSOs) together in the state to build their capacity so that they can begin to build resilience to climate related issues.

“This project will teach CSOs from the 13 Local Governments Areas (LGAs) of the state how to train farmers on climate smart agriculture, giving them the timely and early weather information to enable them plan ahead. We need to teach farmers to improve their soil fertility through organic means of farming and not over dependence on chemical fertilisers.

“We want to reach to the grassroots so that the talk on climate will not be only at the federal level. We also want the state to have climate related policies in the Ministries of Environment, Agriculture and Women Affairs and Social Development because climate change affects women the more”, he said.Similarly, a guest speaker at the workshop, Barr. Yahaya Dangana urged CSOs to track government budgets allocation on climate related issues and make case for increase in budgetary allocation of climate issues in the state.
Barr. Dangana said CSOs should be able to gather and mobilise support for climate actions, adding that there are a lot of opportunities that will be utilised by members of the community, particularly those who are into climate-related organisations.
He therefore, called on participants to sensitise their communities on how to protect their environment, as well as push for new laws and policies relating to the environment.