Salt: A Threat To Food Security 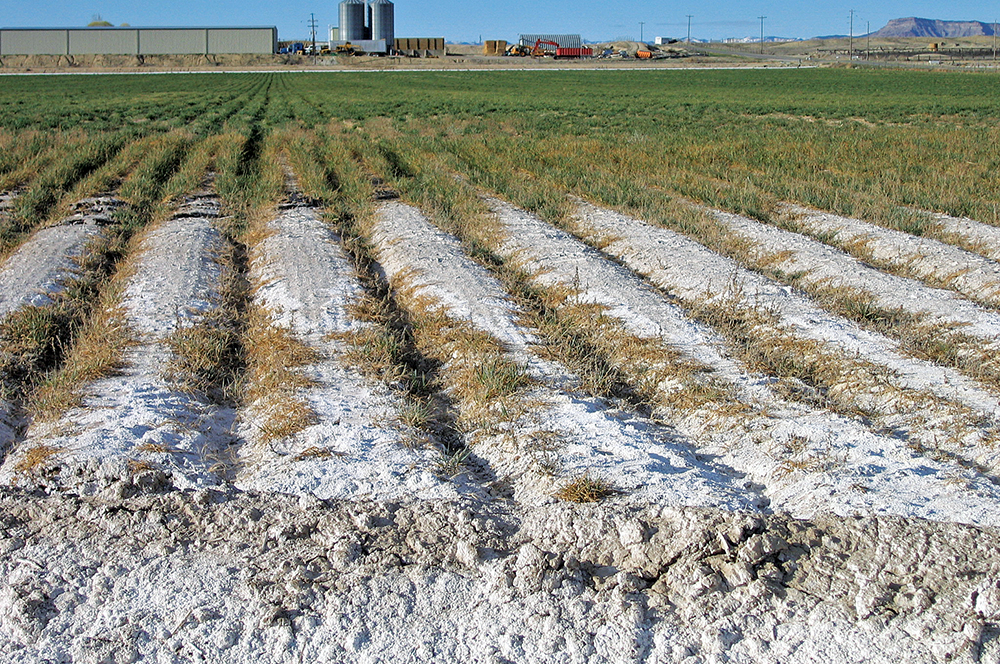 According to Abraham Maslow’ – “Food” tops man’s hierarchy of needs after clothing and shelter. To this end, food is important to the existence of man, and to all other forms of life on earth. Primarily; a deficit in food supply often lead to malnutrition and eventually death in extreme case.

Understanding the importance of food to human existence also underscores the consequences of food-insecurity as a threat to live.

As we already know, the Environment plays vital roles to live sustenance; cultivation of soil is one of many ways that man interacts with the environment.

But there are certain forms of drawbacks that arise from this form of interaction, amongst them are: overgrazing, deforestation, excess cultivation of the soil, and Soil Salinization just to mention a few.

Soil Salinity is basically the accumulation of soluble salt on surface of the soil, either less visible in mild cases or glaringly visible in severe cases. The major causes of soil salinity in arid and semi-arid regions is the resultant effect of high soil evaporation and low precipitation as a result of loss of land cover (deforestation, and removal of soil covers); and overflow of salt water from water bodies to lands around the water bodies in riverine areas that border around salt water bodies.

The science of soil salinization on semi-arid and arid areas can be understood primordially using the plastic straw simulation to understand “capillary action” which is the UPWARD movement of solutes of salts originating from fertilizers, herbicides, and pesticides, which accrues on the surface in extreme case or subsurface of the soil on a critical stance.

Upon the application of fertilizers for example, the fertilizers percolate into the soil vertically, and in some cases horizontally based on the soil (profile and texture) of interest. As we all know, fertilizers are composed of salts; NPK fertilizer which is one of the most common and easily accessed fertilizers composes of Nitrogen, Potassium and Calcium. These compounds according to Chemical Periodic Table are the Halogens as represented on the Group 7 of the table.

These salts are not dangerous per-say; they are only of harm to the soil’s microbes, and plants when they accumulate over a period of time. In agriculture regions, soil salinity varies widely, but all depending on variations such as soil texture, plant growth, quality of irrigation water, and hydraulic conductivity. This environmental issue is dynamic, and globally spreading; it is also projected that, soil salinization is likely to increase with future climate change scenarios like sea level rise and impact on coastal areas and rise in temperature that will subsequently increase evaporation and then salinization.