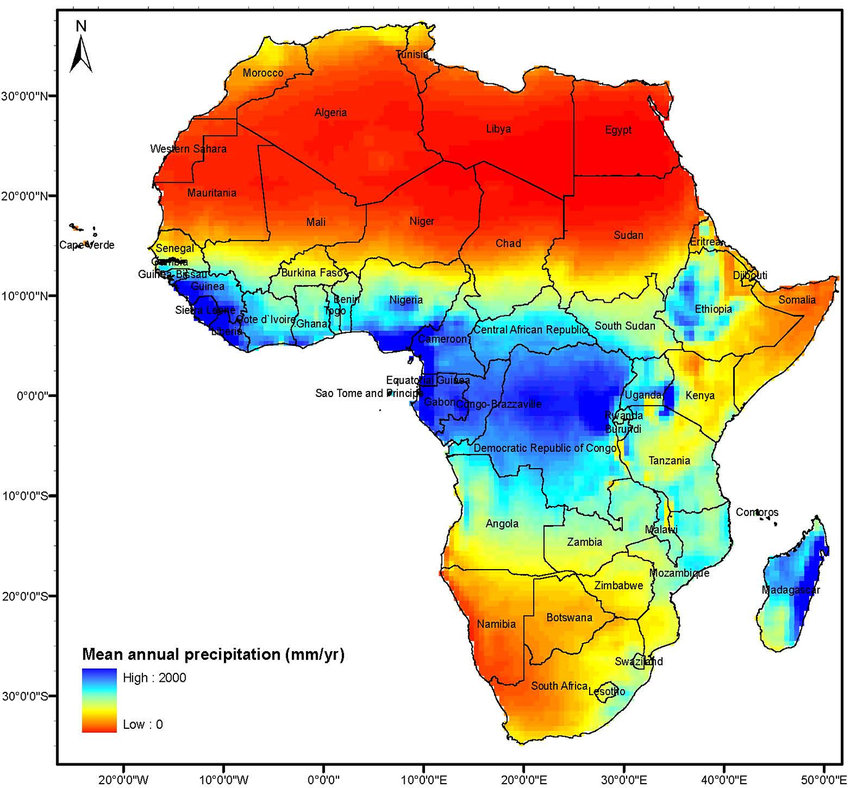 Climate change has become a worrisome catastrophe accounting for extreme weather conditions globally as such threatening the existence of biodiversity and invoking natural disaster. Recently there was a reported incident of forest fire which occurred at the amazon forest, this is one out of several other disasters that have been caused as a result of climate change.

There have been significant impacts of climate change on the agricultural sector especially in African countries whose primary occupation is farming. This is as a result of the abundant arable land within its geographic region and further aided due to the influence of heavy rainfall and rapid weathering activities. According to the United Nations, Africa’s population is expected to reach 2.5 billion in 2050 as a result of the geometric increase in population and this requires a significant increase in food production so as to meet up with demands of the growing population. Farmers are currently faced with challenges of extreme weather conditions which results to droughts in some places and intensive soil erosion in other places. Warmer temperature increases the rate of evaporation thereby resulting to the accumulation of large clouds and setting stage for a heavier downpour. Also, global warming influences heat and moisture movement around the globe as such leading to dryness of other places. These weather conditions have resulted to low agricultural productivity and has affected food security in Africa.

The need for farmer’s adaptation to climate change using indigenous knowledge is considered as an affordable model towards maximizing food security and strengthening climate resilience in Africa’s agricultural sector. The application of water management such as rainwater harvesting and ground water channelization to farms can improve crop growth in areas of water deficit. Indigenous knowledge can further be applied through various methods of soil management such as tillage and contour farming. This shows the importance of indigenous knowledge in reducing the impact of climate change on agriculture.

The dominance of poverty in Africa hindering the holistic adoption of scientific methods of improving food security and climate resiliency has emphasized the importance of indigenous knowledge and local approach in combatting climate change. As such climate smart agriculture has become a major solution to increasing food production and strengthening climate resiliency in Africa. As such, there is an urgent need to leverage on our inherent potentials by harnessing and refining indigenous knowledge into applicable solutions that can ameliorate Africa’s problem of climate change and food security.