Parachutes and Arts for climate #Afrikavuka 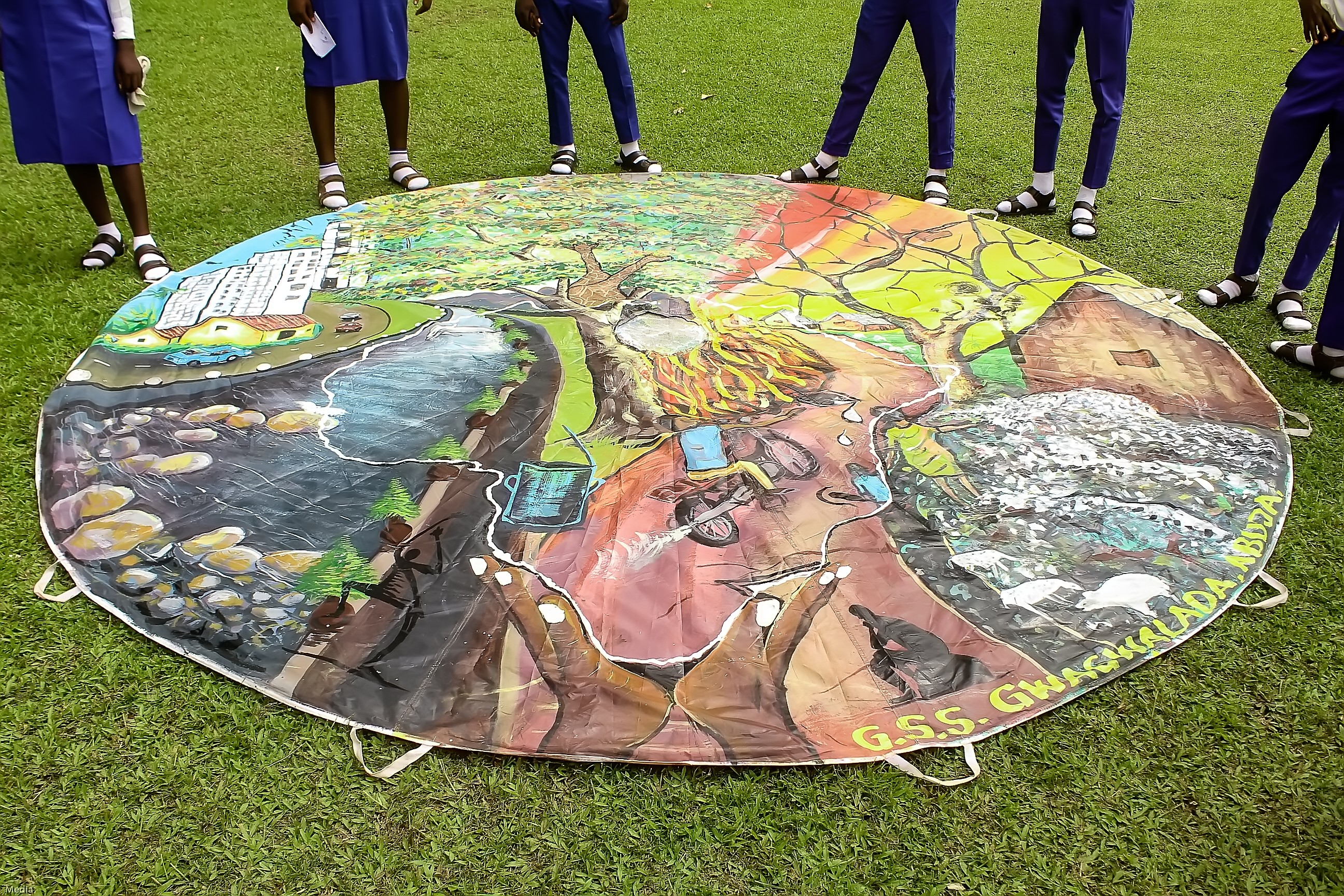 Africa Day – Afrika Vuka! Our future is at stake. We demand a fossil- free Africa!

Africa – On 24th and 25th of May 2019, people in their thousands, from all walks of life united and gathered in more than 20 countries on the continent to show their support in the continual fight against fossil fuels and advocate for climate justice. Since its origins, Africa Day has been a symbol of aspiration for self-determination against the exploitation of natural resources that has seen the continent in perpetual conflict and on the brink of a devastating climate crisis.

Regional Team Leader for 350Africa.org, Landry Ninteretse, said: “In the last few months, we’ve seen the climate impacts of Cyclone Idai and Kenneth in Mozambique, Malawi, Tanzania and Zimbabwe, droughts and floods in KwaZulu-Natal and Eastern Cape. With the exception of South Africa, African countries have done relatively little to contribute to climate change, yet are being severely impacted and have little to no resources to cope with the aftermath. Less developed African countries are a natural disaster away from sinking into a negative loop of poverty and lack of access to social and economic opportunities, exacerbated by climate change.

Participants from oil and coal affected communities including fishing and farming communities; women and youth renewable energy clubs; civil society actors; district leaders including environmental officers, community development officers and forestry officials; local government officials; cultural and religious leaders have all taken part in various activities to send a strong message that Africa doesn’t have to rely on fossil fuels to satisfy its energy demand, but rather lead the world in the just energy transition powered by low-cost renewable resources.

“Fossil fuels have been identified as one of the primary drivers of climate change.” said Michael David Terungwa from GIFSEP, in Nigeria. “The people who mobilized for AfrikaVuka today are demanding a rapid phase-out of fossil fuel energy. Despite overwhelming evidence that continued fossil fuel use is killing the planet and many of us with it, investors appear dead set on enriching themselves at the expenses of billions of people. Those in power are doing nothing to stop this madness, and are instead adding to it, claiming that more coal-fired power stations in Lamu, an official UNESCO Heritage site, and oil exploration in the DRC’s Virunga National Park, a biodiversity hotspot, to name a few, are going to be good for development. We ask them ‘Whose development, exactly?’. There is a path for a just development that puts people, their safety and the resilience of the environment we all rely on at the center”

The world has the technical and financial means to invert the trend in rising GHG emissions and temperatures. It is a critical time to re-think many of our systems, see the dawn of a new way of working, travelling, growing our food and producing our energy. What’s missing is the political will, which in turn can only be activated by a momentous growth of movements for climate action and social change.

As the least responsible for, but yet most vulnerable to climate change, Africa doesn’t need fossil fuels to reach its development. The activists and communities who mobilized today are calling for more African governments to follow upon the Climate Vulnerable Forum pledge made by 16 African governments in November 2016 to accelerate the transition towards an economy powered by 100% renewables.


TAG : #Afrikavuka, 100% renewable energy, arts for climate, parachutes for climate
Share it on: