OUR TREES ARE ON FIRE! 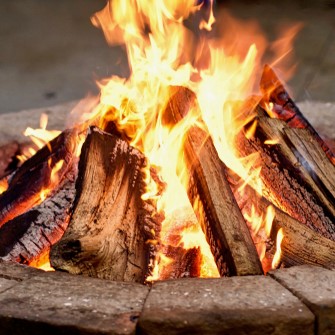 Since early December 2020, the price of cooking gas has been on a steady rise and has so far exceeded 100 per cent. Recently, the Group Managing Director of the Nigerian National Petroleum Corporation (NNPC), Mallam Mele Kyari, attributed the hike in the price of the product to inadequate supply. The rising cost of gas has forced many families to adopt alternative source of fuel for cooking with a step back to firewood.

At the just concluded COP26, world leaders promised to do better for the planet, Africa’s most populous country is shifting back to these pollution-heavy fuels. This is largely because of the huge surge in gas prices which has hit every nation in the world. The global situation, coupled with the devaluation of Nigerian currency, has made gas unaffordable for many people who rely on it to live and work. Business-owners either have to raise their prices to cover their supply expenses or they have to change over to fossil fuels. Those who cannot charge customers more to keep up with expensive supply expenses have turned to firewood and charcoal.

The implication is that more trees might be felled in the coming months and years if the situation is not addressed. The development may worsen the deforestation challenges in the country, which is the root cause of the clashes between farmers and herders who are migrating from deforested parts of the country to places that still have pasture for their animals. Some of the impacts of this hike in gas price vis-a-viz health implication as a result of incomplete combustion. The smoke from the fuel wood injures peoples’ health. The trees are the zinc for greenhouse gases; once they are removed, the environment is exposed to harsh climate conditions. There is abundant evidence to that effect. To mitigate these effects, government should subsidise the price of domestic gas and make it more affordable for the people. Also, we need to plant more trees rather than cut them.

Nigeria pledged to end deforestation by 2030 as part of measures to fight climate change. At the COP26 held in Glasgow, President Muhammad Buhari said Nigeria will cut its carbon emission to net zero by 2060. The government of Nigeria has announced its plans to restore four million hectares, or nearly 10 million acres, of degraded lands within its borders. The Federal Government, being conscious of the alarming rate of deforestation standing at between 3.7 – 4.0%, has continued to engage locally and internationally, in addition to the formulation of enabling policies and legislations aimed to bring the situation under control. The Federal Government has also commenced execution of nature-based programs and projects to address the challenges of climate change and biodiversity loss in view of their multiple benefits which include among others, climate amelioration, improved ecosystem services, enhanced water security, enhanced food security (especially through Agroforestry, improved soil organic carbon and water retention, improved productivity and resilience), disaster risk reduction, and improved nature-based jobs and livelihoods.