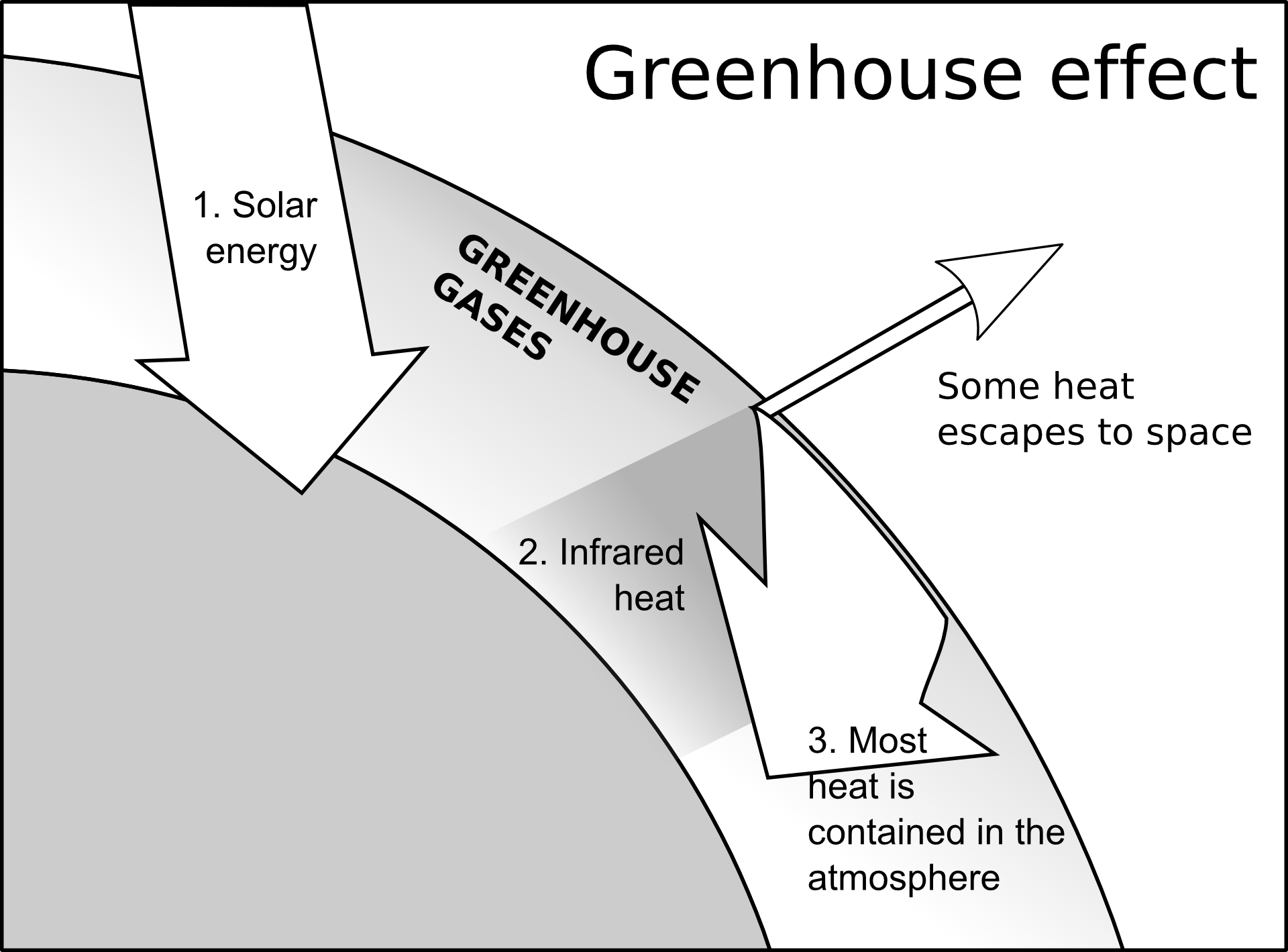 The natural phenomenon that releases greenhouse gases into the atmosphere includes volcanic eruption and ocean currents.

The volume of greenhouse gases in the atmosphere has drastically increased in the past century principally due to anthropogenic activities that emit greenhouse gases. All of which has intensified the greenhouse effect; more heat gets trapped by the earth’s atmosphere. There has been an increase in the global average temperature. 19 of the 20 hottest years on record have occurred since the year 2001.

Global average temperatures have risen by 1°C between the preindustrial era and now. Scientists have predicted that the steady increase in greenhouse gases in the atmosphere would lead to a further rise in temperature globally.

This global warming has contributed to the current change in climate patterns across the globe. The effect of this changes have been felt, in different regions of the world: glacial melting, sea-level rise, drought, increased floods, increased and more intense occurrence of typhoons, monsoons and other natural disasters. Essentially, dry areas have become drier while wet areas have become wetter.

Some of the anthropogenic activities that emit greenhouse gases are electricity generation from burning fossil fuels, transportation, agricultural and land-use practices and deforestation.

The four principal greenhouse gases that contribute to global warming are carbon dioxide, methane, water vapour, and nitrous oxide. Synthesised gases like chlorofluorocarbons also contribute to global warming. Greenhouse gases have different lifespans in the atmosphere. They also do not retain the same quantity of heat. For example, methane retains about 26 times more heat than carbon dioxide but stays in the atmosphere for a shorter time than carbon dioxide.

If we continue to go about our activities as we have done in the last century, we can only expect further detrimental effects on our ecosystem. We must make efforts to reduce man’s emission of greenhouse gases into the atmosphere.

In 2015, 195 countries of the world came together to sign the Paris Agreement towards achieving net-zero greenhouse gas emissions by mid-century. About 189 countries are parties to this agreement and have submitted their first Nationally determined contributions for the reduction of greenhouse gas emissions. We must now ensure that we actions and that these agreements do not remain as words undone.