Housing is Critical for a Sustainable Environment 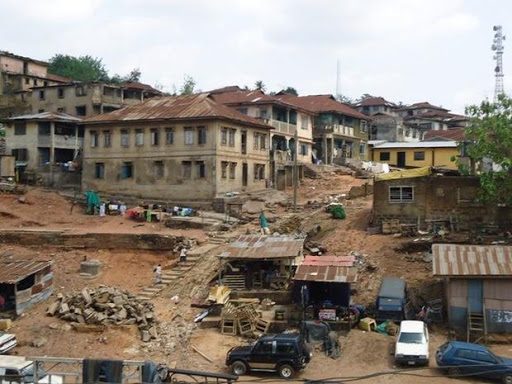 According to Abraham Maslow’s hierarchy of needs, housing and shelter are one of man’s physiological needs; housing and shelter are one of the three basic needs of mankind and it is important for one’s survival. Good housing contributes to man’s physical and moral wellbeing and the type of house one lives in can be used as an indicator to measure the standard of living.
Almost half of Nigeria’s population live in cities with about 80% living in overcrowded slum areas with generally poor living conditions coupled with inadequate infrastructural amenities.
The housing situation in Nigeria can be analysed based on quality and quantity; some areas of the country most especially in the rural areas are sparsely populated and as such many of the houses may be empty. On the other hand, houses in the urban areas are well built and have many basic amenities but due to the high cost of rent, some of the houses are unoccupied. Houses which are available in the sub-urban areas are identified with overpopulation, congestion, poor sanitary conditions, lack of ventilation, lack of planning and poorly built infrastructures such as pipe-borne water, electricity and good road network.
Many issues are connected to the housing in Nigeria but the major issues are legislation, high cost of land registration, high cost of building materials, lack of expertise, lack of finance as well as government policy issues.
The poor housing system in Nigeria has led to having many dilapidated houses which has directly or indirectly contributed to the state of our immediate environment. Poor housing quality in the sub-urban areas and suburbs in Nigeria has contributed to land and air pollution, improper waste disposal which in turn affects the water quality of the available water sources like rivers, streams and open wells. Poor housing conditions are associated with a wide range of health issues such as headache, eye irritation, fatigue, dizziness and nausea.
The high cost of building materials also indirectly leads to the construction of houses which are below standard lacking many facilities for proper waste disposal, ventilation, access to light and water. These houses are prone to collapse and demolition endangering the lives and properties of its residents.
Buildings have a big impact on the environment. Poorly designed and constructed buildings use more energy, increasing the demand for energy production and contributing to global warming. Reducing energy use in buildings is one of the most important ways to reduce humans’ overall environmental impact.

Good housing and planning have numerous benefits to man and his immediate environment. Many developed and developing countries have put in plans to help them manage their land resources such as the land-use plan. Proper allocation of land for various uses helps to use land resources in the most effective and sustainable way.